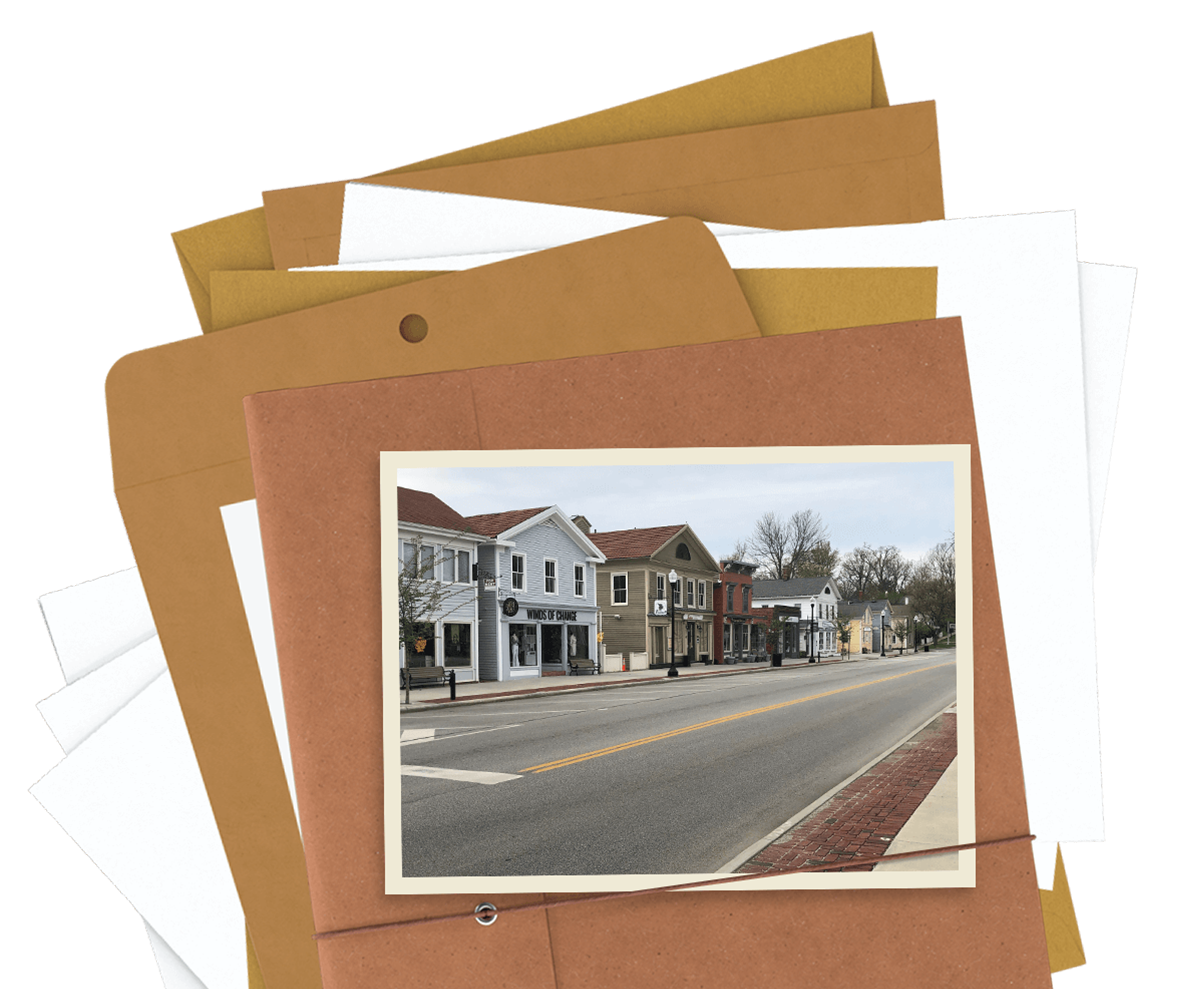 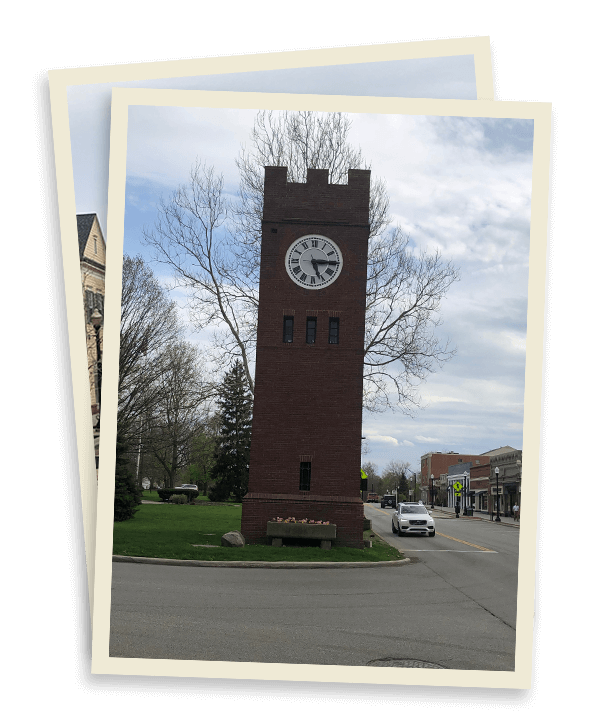 The Hudson Files are a collection of public documents obtained by various concerned citizens through Ohio Public Records Act requests that were made over the past year. These requests were made in an attempt to understand what is happening behind the scenes in Hudson municipal government.

Historically, Hudson’s City government has been “of the people, by the people, and for the people,” and has mirrored the friendly, small-town atmosphere of the town. However, in recent years, some of those in power on City Council and in the administration have become disconnected from the community, and unresponsive to the wants and needs of the majority of citizens. Just a few examples of this include:

The Hudson Files demonstrate that the people in control of Hudson’s destiny have their own vision of Hudson’s future, and are determined to push their agenda forward, despite the fact that the community has clearly expressed their wishes to the contrary at the polls, at council meetings, and in other public forums. Some of these officials and staff either do not want to hear what residents think on important issues, or do not care.

Of even greater concern is the tone that local politics has taken, moving away from Hudson’s traditionally respectful, issue-based discussions on important topics. Consider the following from an email dated July 9, 2019 by Jim Cowan to Council President Bill Wooldredge, paid political consultant Nicole Kowalski, and others, that has been disclosed to The Hudson Files by the City of Hudson:

“We need to be on the offensive by discrediting them, making them illegitimate. Watching national politics, we see that hanging a label on the opponent can be successful.”

It has been said that sunshine is the best disinfectant. Accordingly, in the upcoming weeks, the purpose of The Hudson Files is to allow the sun to shine into every corner of Hudson’s municipal government, so that citizens can catch a glimpse of some of what goes on behind the scenes in City Hall and begin to hold these officials accountable for their actions.

Emails and other documents on this website are all public records and are presented in full so that you may evaluate their contents and make your own judgement about the actions of the individuals involved. Private email addresses and phone numbers have been redacted (these are the black bars on some emails), which may not be considered to be public records under the Ohio Public Records Act.

It is hoped that The Hudson Files will spark a lively debate on the nature and direction of Hudson’s municipal government, and serve as a catalyst for positive change that will restore local government reflective of the wants and needs of Hudsonites, and which is truly ”of the people, by the people, and for the people,” as in years past.

Economic development director Jim Stifler used his city resources, and while on city time in one instance, to support a political candidate and had political literature on his city email. 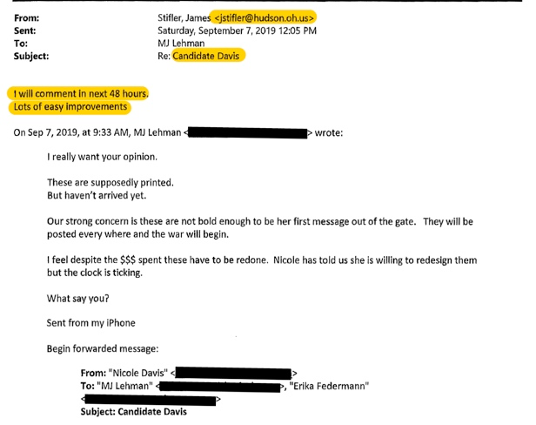 SEE HIGHLIGHTS FOR THIS WEEK 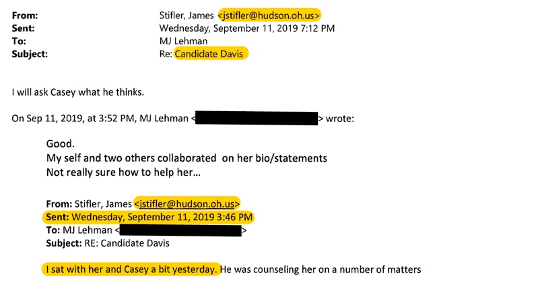 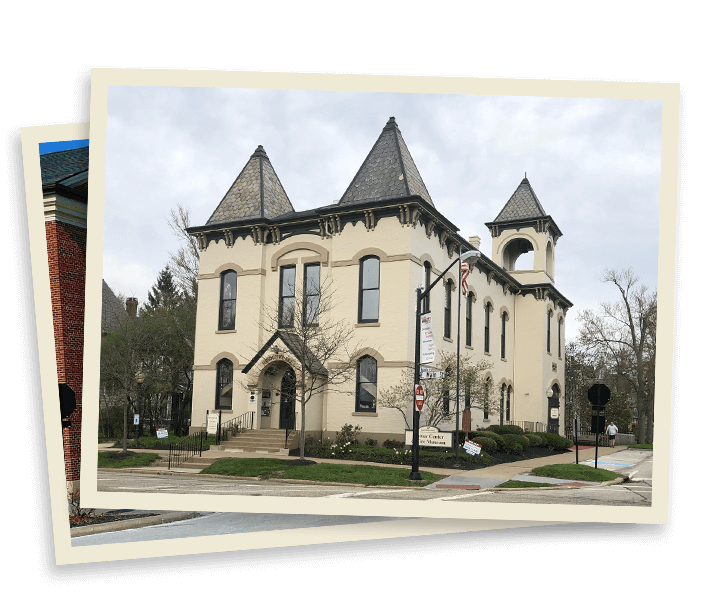 If you would like to share additional public records or information with us that will help further this important public accountability work, send an email to [email protected]. If preferred, we will keep your identity confidential.